Many AutoHotkey Users Save Settings in an INI File…However, the Windows Registry May Offer More Security and Stability

We tend to feel nervous about working with the Windows Registry. After all, a wrong step could conceivably cause harm to the operating system setup. Yet when taking the appropriate steps, this built-in Windows database can offer us a number of benefits:

END_OF_DOCUMENT_TOKEN_TO_BE_REPLACED

With a Few Modifications, the WindowList.ahk Script Pops Up a Menu of Open Windows for Quick Activation—Plus, How to Detect When a Windows Opens or Closes

I originally used the WindowList.ahk script as a demonstration of how to use the GUI DropDownList control as a list of selection options for activating open windows (included in the Digging Deeper Into AutoHotkey book). Once, while testing someone’s script, it proved very useful. I could not find the GUI window generated by the code. The script had placed the target window somewhere off the screen. The scriptwriter originally used a second monitor—which I didn’t have. The WindowList.ahk script moved the window back into my view.

As I reviewed the script, I realized that building a pop-up menu of open windows could serve a purpose similar to the QuickLinks.ahk script—except, rather than launching apps and Web sites, the menu would activate open windows. Now, that’s something that I can use!

I often keep numerous windows open simultaneously. Generally, I locate a window by hovering over the Windows Taskbar then selecting the image which looks right. It takes a second for the thumbnails to appear, then hovering over each helps me make my selection. But what if I could maintain a menu of all open Windows available in a menu for instant activation? END_OF_DOCUMENT_TOKEN_TO_BE_REPLACED 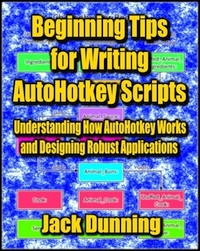 The cool thing about this tip is that, after you implement these techniques—without any additional changes—you can run your AutoHotkey script as an independent app or quickly add it to a master script.

In “Chapter Eleven: How to Write Easy-Merge AutoHotkey Scripts” from the book Beginning Tips for Writing AutoHotkey Scripts, I outline steps for writing scripts which easily combine with other scripts without conflict. This allows the AutoHotkey user to run multiple apps without needing to launch each script individually. (It also prevents the accumulation of numerous AutoHotkey icons in the Windows System Notification Tray.) If you employ these basic design tips when writing your apps you’ll find that you don’t need to do any rewrites when combining useful scripts. END_OF_DOCUMENT_TOKEN_TO_BE_REPLACED

AutoHotkey Scripting Philosophy or Speeding Up the InstantHotstring.ahk script

Sounds like a chicken/egg problem, but I assure you it isn’t. You only begin to understand a problem when you start working on a solution. As you grind through a script, you develop a deep awareness of its inner workings. I encourage any AutoHotkey novice to jump into a new script with both feet—even if you don’t think you know what you’re doing.

Sitting around and speculating about possible answers to a question often serves as mental thumb-twiddling. You must start somewhere—anywhere. Until you actually dig into it and undertake the work, you will never truly comprehend the obstacles and pitfalls associated with implementing a fix. You’ll find this singularly true when writing AutoHotkey scripts— especially as a beginner. The answer to the question “Where do I start?” is “Anywhere!” END_OF_DOCUMENT_TOKEN_TO_BE_REPLACED

In the blog, “Use the FileSelectFile Command to Save Instant Hotstrings to an AutoHotkey File.” I discussed how to save a set of newly created InstantHotstring.ahk Hotstrings in .ahk files. The other half of the file storage problem involves reading those saved (or any other) Hotstring data files back into that same app. Using the tools already built into the script made writing the file loading code remarkably easy. The subroutine LoadHotstrings calls on the previously written subroutines SetOptions and AddHotstring. This saves replicating of code originally used in those subroutines.

END_OF_DOCUMENT_TOKEN_TO_BE_REPLACED

The Hotstring X Option Offers More Power by Running Commands, Functions, and Subroutines, Plus How to Temporarily Block External Hotstrings

In February of last year, the powers-that-be added a new Hotstring() function and a number of other Hotstring related features (See “New Flexible Hotstring Features Added to AutoHotkey.”) This major change added a host of new possibilities for creating and manipulating Hotstrings. The Hotstring() function acted as the impetus for my InstantHotstring.ahk script. In the process of writing that app, I developed a better understanding of how to enhance Hotstrings. Getting immediate feedback when implementing new replacements and options allowed me to quickly investigate many possibilities. END_OF_DOCUMENT_TOKEN_TO_BE_REPLACED

Previously (in “The Coming Instant Hotstring Script (AutoHotkey App)“), we reviewed the work still needed in the InstantHotstring.ahk script. This time we implement Hotstring options using the Hotstring() function.

Converting GUI (Graphical User Interface) Checkbox controls into Hotstring options codes (and back again) involves adept programming tricks. We use GUI windows and their controls to make applications user-friendly. People find it much easier to push discreet buttons and check separate boxes than work directly with often enigmatic programming codes. That means we must build a method for translating between the user-friendly input in a GUI window and the required code. END_OF_DOCUMENT_TOKEN_TO_BE_REPLACED

A few months back while working on my latest book, Jack’s Motley Assortment of AutoHotkey Tips, I encountered a new x option for Hotstrings. The x option enables the running of functions and commands rather than replacing text. This new feature surprised me since, in the past, a one-line Hotstring would only do text replacement.

END_OF_DOCUMENT_TOKEN_TO_BE_REPLACED 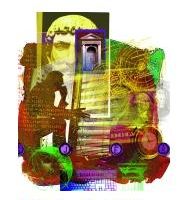 I’ve just published my latest book, Beginning Tips for Writing AutoHotkey Script, which endeavors to clear up some of the mystery surrounding the way AutoHotkey works. You’ll find grasping how AutoHotkey processes AHK scripts a tremendous help. Quite a bit of the confusion encountered by novice AutoHotkey scriptwriters occurs through misunderstandings about the manner in which everything (life, the universe, and AutoHotkey scripts) fits together. I wrote the book with that muddiness in mind. END_OF_DOCUMENT_TOKEN_TO_BE_REPLACED

These Steps Make Integrating Your Script Into Combo Apps Simple

In my last blog, “Encapsulate AutoHotkey Code for Multi-Script Integration and Portability (Scripting Techniques)“, I explained how to hermetically seal the auto-execute section of a script, then make variable and code object names unique—thereby reducing the risk of conflict within other scripts when building combo apps. By doing this, the script turns into a robust entity easily added to any other .ahk script while continuing to stand on its own as an independent app. As the example for this blog, I’ve rewritten the ScreenDimmer.ahk script.

(I explain in detail how ScreenDimmer.ahk works in the e-book AutoHotkey Applications—which offers numerous AutoHotkey tips and tricks while reviewing all of the available AutoHotkey GUI (Graphical User Interface) pop-up controls with practical demonstrations of how to use each.) END_OF_DOCUMENT_TOKEN_TO_BE_REPLACED 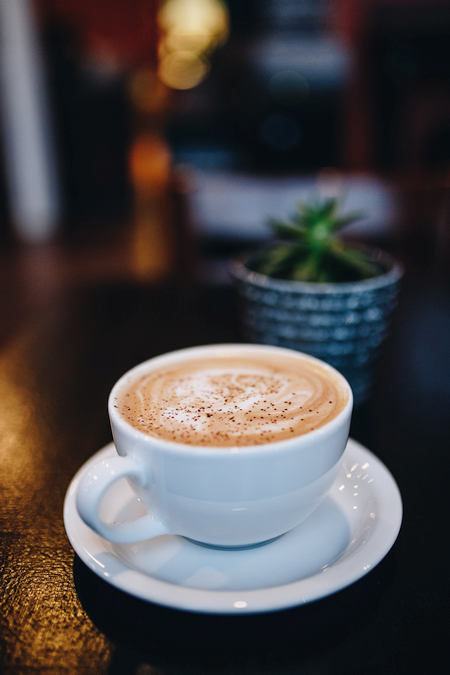